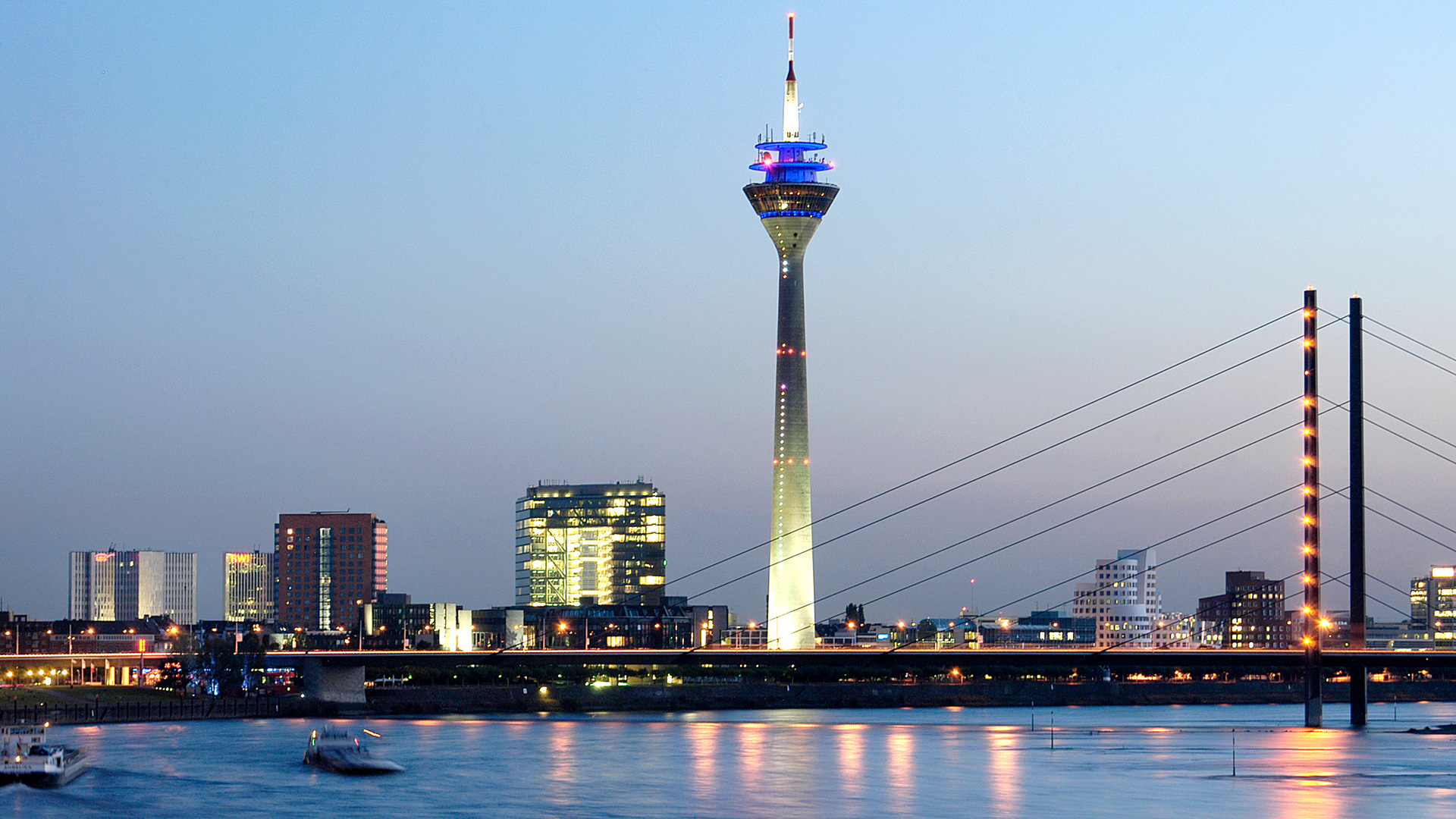 Between Rhine and Heinrich-Heine-Allee lies the epicenter of Düsseldorf’s night life culture. Here, high-class boutiques, cafés, night clubs, cocktail lounges, dance bars, varieté and specialty cuisine are found right next to each other in the small alleys. If you don’t enjoy yourself here, you won’t anywhere else. Antiques dealers, second hand shops, and markets contribute to a picturesque character. The happy reveller who enjoys one or two glasses of “Altbier” (“old beer”) is just as welcome as the gourmet in a star-rated restaurant.

In the Old Town of Düsseldorf you find several craft breweries, which offer the top-fermented and quaffable beer. The name “Altbier” (“old beer”) traces back to a particular old tradition of beer brewing. Only a few “Hausbrauereien” (traditional house breweries) still apply this old tradition of producing various sorts of Altbier and offering them in their very own “Brauereiausschank” (brewery taverns). Read more…

According to their description, brewery “Schumacher” is the oldest Altbier house brewery in Düsseldorf. Their “Stammhaus” (first and principal place of business) is located on Oststraße. The Schumacher Altbier stands out due to its light colouring and its slightly tart taste.

The craft brewery “Uerige” has brewed Altbier since 1862 and thus can celebrate its 155th birthday this year. Their Altbier is also known under the name “¬dat leckere Dröppke“, which could be translated to “the delicious drop”. The taste of this Altbier is described as very tart and simultaneously fruity, with a hint of banana, but not sweet.

Another very well known house brewery in the Altstadt is the brewery “Füchschen”. The delicious Altbier has been brewed according to old tradition and served here since 1848. The beer is described by connoisseurs as lastingly tart, light and quaffable. The brewery “Zum Schlüssel” is the fourth still existing traditional house brewery in Düsseldorf and at the same time the smallest. It’s primarily known for its location on Bolkerstraße in the heart of the Old Town, where the aromatic, tart and strong Schlüssel-Altbier is served.

Other well-known house breweries of Altbier in Düsseldorf are the “Hausbrauerei Alter Bahnhof” in Oberkassel (a quarter located on the other side of the Rhine, which you can see from the Old Town, e.g. when standing next to the castle tower), which is primarily famous for its “Gulasch-Bräu”; the “Vereinshaus in Unterbach”, whose in-house brewery has only existed since 2005; as well as the “Brauerei Kürzer”, which opened a modern brewery pub with the slogan “Alt ¬kütt neu“ (meaning “old comes new”) in the Old Town, but produces and markets an Altbier based on old brewery tradition.

Visitors of the Old Town can primarily enjoy this top-fermented beer in the “Brauereiausschank” (tied houses) of the house breweries. Here, it is often served by a so-called “Köbes”, which is a waiter in a “Brauhaus”, who you can recognize by his long blue linen apron. “Köbes” is actually the regional term for the name Jacob in Cologne, nonetheless it has established as the occupational title today. Visitors, who have not yet met or interacted with a Köbes, should consider some things. You should be aware that the Köbes is primarily committed to bringing the beer to the table fast and with an intact head. Consequently, his tone towards the guests is sometimes a little rude but cheerful, e.g. when they are standing in his way. A Köbes always gives you a new glass of beer as soon as he sees that yours is empty. He will only stop when you signal him that you have had enough. Especially in the summer, some of the Köbes contribute also to the entertainment of the visiting passer-by with their cheeky and funny patter.

At the beautiful river promenade, Roncalli’s Apollo Varieté invites every evening to a fantastic journey through the world of circus arts.

With its 506 seats the Apollo is amongst the largest and most beautiful Varieté theaters in Europe. Changing several times a year, the elaborately staged productions present international performers of magic, acrobatics, juggling and comedy. The rousing hosts present first-class entertainment for the whole family to marvel, dream and laugh at.

Enjoy with all of your senses – the unique Show & Dine experience in Düsseldorf, which combines great entertainment with international gastronomy.

The opera house of Düsseldorf at the Heinrich-Heine-Allee has an attractive location on the verge of the Old Town, between Hofgarten and Königsallee, and is within walking distance from the river promenade… Read more

In 1875, the new city theatre, built according to plans by the architect Ernst Giese, was opened here. The building, which adapted Italian Renaissance with its round front building, had 1,260 seats and resembled other representative theatres, like the Semperoper in Dresden.

As a result of two air strikes, the theatre was severely damaged in 1943. After the war, there was a time of makeshift arrangement until the opera house got today´s front in the 1950s.

Extensive reconstruction work, planned by architects Julius Schulte Frohlinde (1894 – 1968), Paul Bonatz (1877 – 1956) and Ernst Huhn, (1894 – 1964) corrected the hasty mending of war times and redefined the appearance of the opera house. The front house – with its plain front, the nicely curved stairs of the foyer and numerous style elements of the 1950s – is today a listed building.

In the years 2006 and 2007, the city initiated an extensive refurbishment of the opera house. The stage technology from 1955 was replaced with a system, which can be precisely operated. Also, building technology and safety features and equipment are now up-to-date. The building has been visibly extended with a rehearsal hall suffused with light for the orchestra and ballet. It opens up towards Hofgarten and Königsalle with a ten metres wide and eight metres high glass-clad facade. There is room for a maximum of 1,296 people. In the basement, you will find 50,000 costumes – an attraction with every guided tour through the opera house.